The Arabian sea – shimmering bright orange with the diffused reflection of the dusking sun, was way too tempting. With strong currents and offshore winds, It’s been an intense couple hours. Not much wave riding for all that paddling. Before we called it a day, I decided to paddle one last time past the frothy whites and onto the swells.  For a few minutes, the water seemed super serene. Calm enough for me to visualize dolphins far in the distance. Folks who’d been here earlier in the morning had a good spotting and it would have been lovely to spot them now as the sun was slowly setting. And suddenly something didn’t seem that right. Another look at the water and I could see what I should have caught a few seconds before. Even before I could properly pop on the board, the swell quickly built momentum and yanked the board off my feet. Gravity, raw energy, power that looks so beautiful on the surface and all that connects these, unforgivingly engulfed me in their churn and royally spat me on the beach after a few seconds – though what felt like eternity. So much for that glorious sunset on the board! 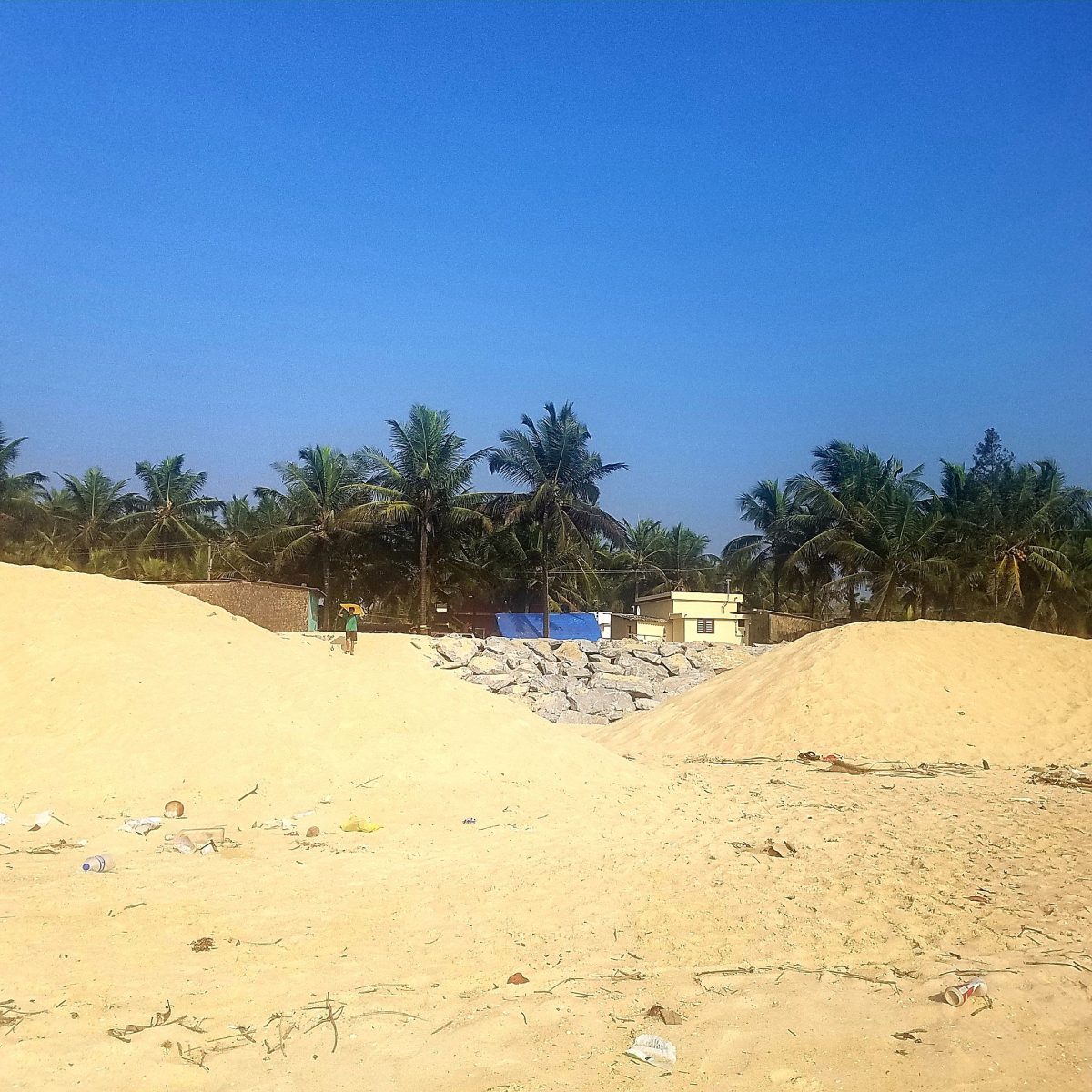 This last weekend trip to Mulki is just what I needed to reboot. It’s been years that I’ve done something like this and though really short, it felt super energizing and relieving to see that I still thrive on such experiences. With clashing schedules and lots of uncertainties, Ankur and I booked our tickets on Thursday night. Mulki was kind of equidistant for both of us and he’s been wanting to try surfing for a while now.  While he got his surfing classes in, I just rented a board and spent a good chunk of time in the water over multiple sessions. It’s been more than a decade that we met in person and this impromptu plan was a refreshing ‘stage’ for us to catch-up on several things while we weren’t in the water. Ankur and I chanced on each others blogs way back in 2010 and our shared love for the outdoors has led us on several running and hiking trips over the years.

Another highlight of this trip was to witness part of a Bhootada Kola – a devil worship performance which is apparently very common in the coastal towns of Karnataka. We were pretty zapped after the surfing session and couldn’t quite stay beyond 00:30 to witness this in full. Also, on the way to this temple we randomly chanced on some pretty cool bio-luminescence. Other folks in the group had been out on Saturday afternoon to witness a qualifying ‘race’ for the Kambala – a buffalo race event again popular in these coastal towns. Would have been terrific if we could have made it, but there was just not enough time to fit this all in!

Super sore from all the paddling, surfing and swimming. A terrific weekend though and such great memories.