Just back from an impromptu trip to Lucknow! Miss V got a few days off school, so we decided to fly north to visit Manni’s parents. Absolutely floored by the  city of the Nawabs and its numerous parks. Oh, but so hot and humid! While the prime intent was to spend time with Mama and Mami, we did get to hop around the city quite a bit and also indulge in the gastronomic pilgrimage!

We head out to Sikander Bagh for a stroll in the National Botanical Research Institute. Drove past the fortified walls which once were stormed in by the British in 1857 during their seige of Lucknow. Feasted on some Kastha and Dahi-Jalebi for breakfast and devoured some ‘chat’ in Nishat gunj for dinner. Shasta enjoyed the ride in the e-rickshaws! 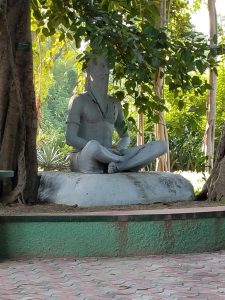 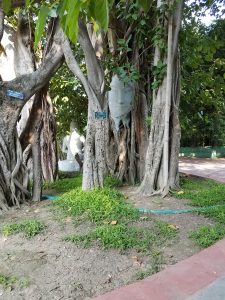 On landing in Lucknow, on our way home from the airport, we drove past quite a few impressively lit monuments and parks. Mayawati during her term as the CM apparently ‘invested’ a lot in building parks and memorials. Lucknow did look very glamorous that night and we wanted to visit a few of the parks while we were here. We were bowled over by Janeshwar park that we visited on the second day morning. Reminded me of the historical state parks in the U.S.!

Later during the day, we took Miss V to the science center. While a few of the installations were rusty and not quite maintained, this is one good space for kids to spend a decent couple hours exploring around.  Aminabad was on cards for the day. However, with the heat, we decided  to save this for another trip. 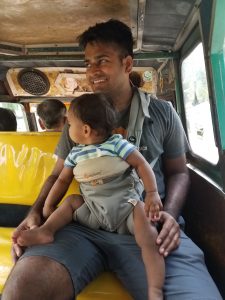 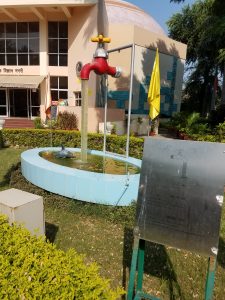 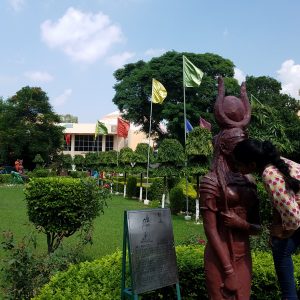 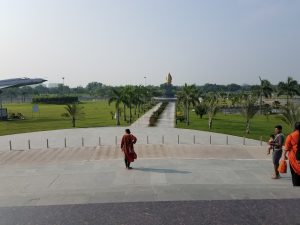 Covered most of these historical spots on the third day. Bhool Bhulaiya and the Bawli were pretty interesting. Just as we were about to leave, a strong thunder-shower held us back for about an hour. Skipped Chota Imambara and head to Indira nagar(?) for a late lunch in a basement Dhaba. After a much needed nap at home, we head over to a Pappaji’s place for dinner. 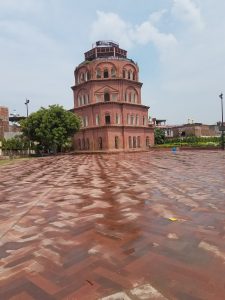 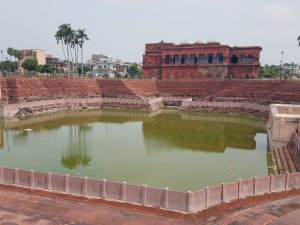 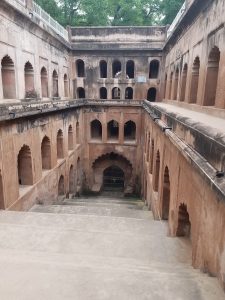 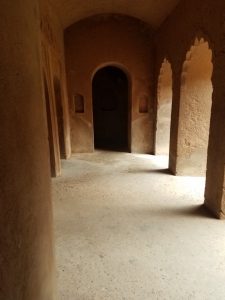 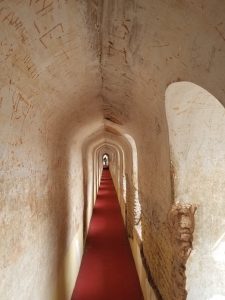 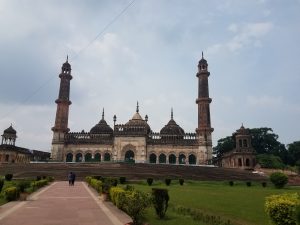 Decided to take it easy. Mama wanted to visit the Math and we gladly accompanied. Later that evening we head over to the recently constructed Umrao mall to watch Mission Mangal with Mami. Our first movie in the theater after Shasta’s birth! She slept through most of the movie and everyone did have a fabulous time! 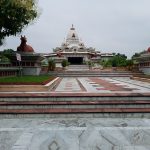