One of those weekends when you’re dead tired and relaxed at the same time. What was to be a low-key no activity weekend; turned out to be packed with a ton of impromptu events.

Saturday was probably our most ‘touristic’ day so far in Boston. Miss Me bought a couple of Groupon passes to the Mapparium some days back. On Friday we realised those were expiring soon and decided to head there this weekend. Two other places – The USS Constitution and the Bunker Hill monument have been on our list for quite sometime now. So Miss Me packaged these all together and chalked out a quick plan early on Saturday morning.

A brief stop to pick up the USS Constitution museum pass from the local library and off we were to the Mapparium. Housed in the Christian Science Museum, the Mapparium is a 30 foot hollow glass globe with a bridge inside and a map etched to scale in the interiors. Frozen in time (1935), the globe gives you a beautiful perspective of history with its visually striking stained glass and the led light display. An accompanying audio tour and the acoustics in the globe further enhance the experience.Something truly unique I’ve seen so far. 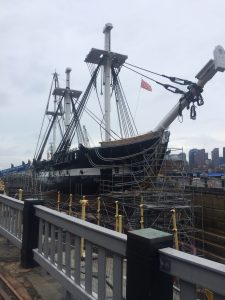 From there we head out to see the USS Constitution. It’s apparently the oldest commissioned ship afloat in the world. The ship and the museum close by reminded us of our visit to Fort McHenry in Baltimore earlier this year.

At a stone’s throw away is a Korean War Memorial. Remembrance stones and plaques surround a statue of a soldier in rain gear. It’s incredible how history is presented so beautifully here.

We then head over to the Bunker hill monument close by. This monument’s been in an eye shot distance every-time I head to Middlesex Fells for a run, but I’ve never really taken a detour to visit it. Looks like it’s kept its distance waiting for just the right weather like today’s. Dense dark cloud formations, mild drizzle, billowing winds and lowly temperatures. A good 300 steps climb to the top builds enough appetite for a satisfying buffet at a restaurant in Cambridge. 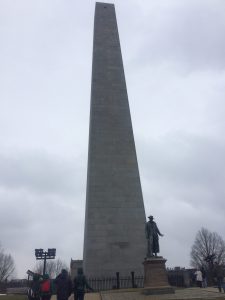 Once we’re back home, I get ready for my long run which I had procrastinated for the evening. Driving earlier in the day today Miss Me and I scouted another route for me to run. I head toward newton street, then instead of turning right towards south street head straight up beyond Putnam circle onto VFW parkway.

Then bordering along Allandale woods, I intercept the diamond necklace in Jamaica Pond and then decide to head towards the Yoga studio in Brookline. Legs felt pretty good and weather was cold and crisp with a light drizzle. I decide to go further on and hit the Boston University bridge. Boston looked so pretty tonight from Cambridge!

Ran further upto Harvard and finally decided to turn around. Called Miss Me and asked for a pick up at her Studio. Could have easily gone to 25 miles. Wasn’t quite in the mood to head back on the home stretch. Also wasn’t sufficiently fueled with liquids through the day. So decided to call it a day (night). 16 miles and a climb of 300 steps earlier in the day today at Bunker Hill Monument. One of those really good, fulfilling days! 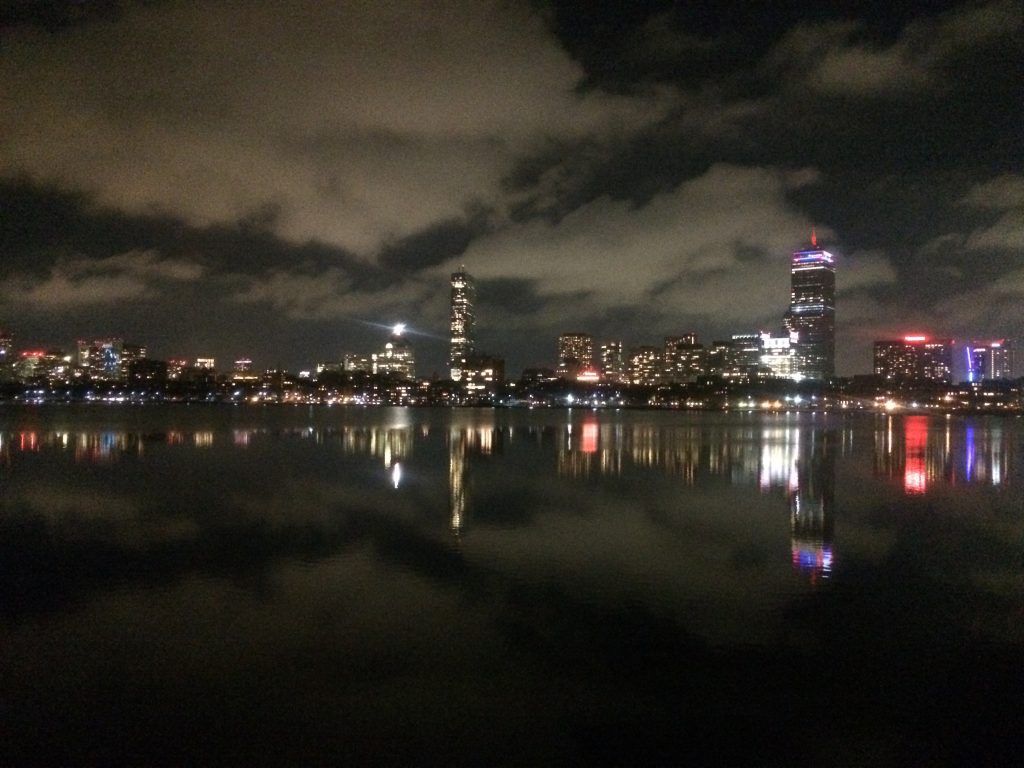 We decide to spruce up the lazy (and sore) saturday morning with a visit to El recreo coffee – a  small Nicaraguan shop close-by. Back home, a quick lunch and we decide to fit in a good bike ride. We head out to Arnold Arboretum and are back home by around 5ish. Overall a relaxed day with about 12 miles on the bike. Boy, that bike ride felt so good!

Now that was an ideal weekend!!